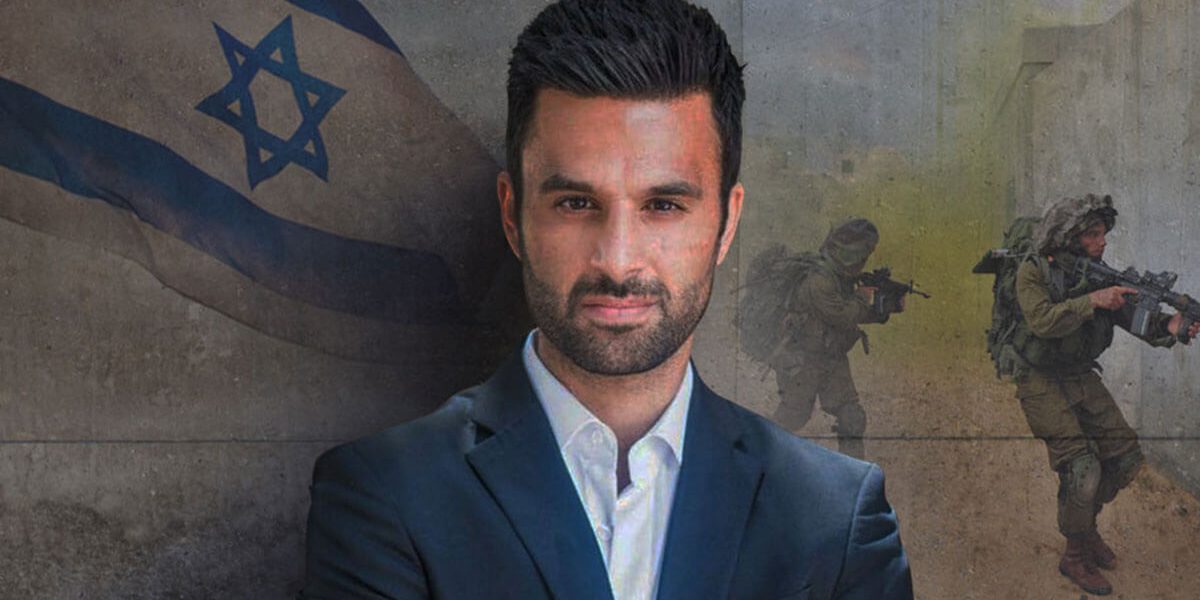 Palestinians live under the Palestinian Authority in the West Bank or under the control of the terrorist group Hamas in Gaza. What of Israeli Arabs?

As an Israeli Arab who grew up in Nazareth, Amnesty International’s recent report tries to distort my identity. The 211-page document constantly refers to an “apartheid” against “Palestinian citizens of Israel,” making no differentiation between Israeli Arabs and Palestinians.

What about Israeli Arabs like me? We live under the democratically elected government of Israel with equal rights like any Jewish citizen. No matter how many times Amnesty International tries to erase my identity for trying to advance their political agenda, that doesn’t make it the truth.

I was born an Israeli, and I will remain an Israeli. I am entitled to all the same rights as any citizen of Israel. I was a soldier in Israel’s Defense Forces protecting the north of Israel, where most of the Israeli-Arab community lives, from terrorist rockets attacks by Hezbollah.

Not only that, but I was also a commander of dozens of Jewish soldiers. What kind of an “apartheid” would let Arabs give orders to Jews? The non-existent kind.

A recent report by the NGO Israel Democracy Institute showed that the majority of Israeli Arabs do not, in fact, identify as Palestinian but as Arab or Israeli Arab. Only 7% of those surveyed even identify as Palestinian. A subsequent poll showed that 81% of Israeli Arabs prefer to live in Israel over living in the US or in any other Western country. I guess life isn’t that bad under “Israeli domination,” contrary to the lies Amnesty spreads about our lives in the only democracy in the Middle East.

Amnesty’s report includes numerous falsehoods and cherry-picks incidents that fit its narrative to delegitimize Israel. For example, Amnesty repeatedly mentions physical segregation between Arabs and Jews. Their “researchers” should visit an Israeli hospital where a Muslim Arab woman can receive the best care from a Jewish doctor, or an ultra-orthodox Jewish child can be treated by an Arab doctor.

In our Arab-Israeli community, the majority of citizens want to live in peace with Jews. Many want to be, and already are, an integral part of Israeli society. Instead of promoting cooperation and a vision for a better future, organizations like Amnesty International delegitimize the only democratic state in the Middle East, trying to brand it as an “apartheid” state.

Apartheid is defined as a system of discrimination or oppression based on race. So, let’s talk about it. Israel’s basic laws explicitly state that they protect against all discrimination and preserve the status of the State of Israel as being a Jewish and democratic state. Not Jewish, not democratic, but Jewish and democratic. That means that, since its establishment, this country has specifically protected the rights of religious and ethnic minorities by law.

Does that mean there’s no racism in Israel? Of course not, like in any other country – Israel has its problems that need fixing. In this sense, Israel is no different than any other Western democracy, like the US, France and the UK, which all try every day to do better and fix racial, economic and educational disparities.

As for the Palestinians, the status-quo of occupation is problematic, but still, it’s not based on racial discrimination, but rather on national conflict. A conflict that Israel has proven it would like to end on several occasions when it offered generous solutions for peace, before the Palestinians rejected them. If Israel has a racial issue with Arabs, why did we then make peace with Morocco, UAE, Egypt, Jordan and Bahrain? Why then are there so many Arabs who are part of Israel’s government, making decisions that impact every Israeli? Why are there Arab judges deciding on the fate of Israeli citizens in court?

I’ve been to South Africa myself, and I’ve seen with my own eyes how disgusting and soul-crushing the crime of Apartheid is. This is part of the reason why I can’t stand by and let these lies be spread by organizations like Amnesty International for its own political gain. The accusation of “apartheid” is a serious one and should never be used as a political tool to demonize a country that you don’t like.

Amnesty International, stop disrespecting the history and victims of the actual Apartheid regime in South Africa, and let’s instead work together with Arabs and Jews to resolve these conflicts in a peaceful way, instead of adopting the ideologies and lies that are repeated by extremists who don’t believe that Israel, the only Jewish-democratic state in the world, has the right to exist at all.

Yoseph Haddad is an Israeli rights activist. He is the CEO of the NGO Together – Vouch for Each Other, which aims to create a better understanding and cooperation between Israeli Arabs and Israeli Jews.

This op-ed is published in partnership with a coalition of organizations that fight antisemitism across the world. Read the previous article by Sacha Stawski.