You are here:
LGBTIQ+ 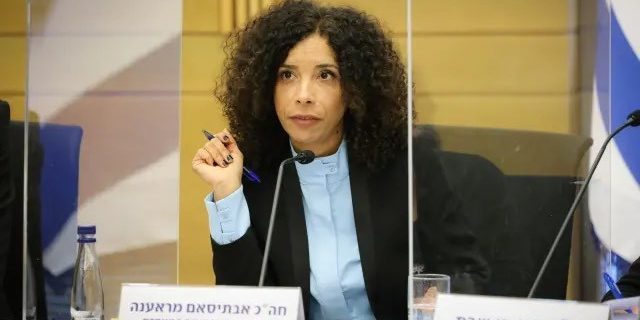 Israel is set to open its first shelter designated for LGBT Arab Israeli youth, in a move hailed as “historic” by one of the lawmakers who led the initiative.

The Welfare and Social Affairs Ministry, which recently announced the decision, also said that it would open two additional housing centers for LGBT Arab adults in the northern port city of Haifa.

Arab youth in need of emergency housing have until now turned toward LGBT shelters run by Jewish Israelis; however, many do not have Arabic-speaking social workers or staff on hand.

Knesset Member Ibtisam Mara’ana (Labor), who pushed for the youth center, said that she decided to do so after speaking to members of the LGBT Arab community and asking them where they felt their needs were not being met.

“The unequivocal answer that I received was that there is a lack of a framework for emergency shelter, as well as transitional living centers for LGBT minors and youth from the Arab sector,” Mara’ana told The Media Line. “I’m the first and only Arab Knesset member to embrace the LGBT community, even before I was elected to the Knesset.”

The new shelter will be established in an area with a large Arab population, though the exact location has not yet been decided. It will be run in Arabic and will recognize the sector’s unique socio-cultural sensitivities, Mara’ana said.

“I hope that the establishment of this center will break a yearslong taboo in Arab society with regard to the LGBT community, provide a precise response for young women and men in distress, and also help the Arab LGBT community gain the recognition and legitimacy that it deserves,” she said.

A spokesperson for the Welfare and Social Affairs Ministry told The Media Line that the youth shelter would open within roughly six months.

The goal is to ensure that Arab Israeli youth “feel comfortable having youth guides speaking their language,” he said.

For their part, the two adult shelters in Haifa will provide transitory flats for at-risk Arab LGBT people.

Or Keshet is the director of government relations at the Aguda, Israel’s LGBT Task Force, a nonprofit LGBT rights organization based in Tel Aviv.

According to Keshet, the idea for opening shelters geared specifically toward the Arab sector first arose in 2019 following a violent incident outside of a gay youth hostel in Tel Aviv. A 16-year-old boy from the Arab Israeli town of Tamra was stabbed and beaten by his brothers near Beit Dror; the perpetrators were later arrested and charged with attempted murder.

“Due to this incident, we and other LGBT organizations initiated a process with the Welfare and Social Affairs Ministry aimed at finding out how the ministry can better meet the needs of the community in the Arab sector,” Keshet told The Media Line, adding that many Arab Israelis feel out of place at regular shelters due to “cultural and linguistic barriers.”

Many queer Arab Israelis are shunned by their communities and some suffer from familial abuse when their sexual orientation comes to light, Keshet said.

“Some are locked inside their houses and tied up,” he revealed.

Although Tel Aviv is known as being one of the world’s most LGBT-friendly cities, in many segments of Arab Israeli society having a differing sexual orientation is viewed as a disorder requiring treatment.

A few years ago, Arab Israeli company Al-Arz, which produces tahini, announced that it would offer financial support for LGBT Arab youth through the Aguda organization. The move sparked anger in the sector and many said that they would boycott the company’s goods in protest.

In the West Bank, LGBT people face even broader discrimination and harassment. In 2019, the Palestinian Authority banned alQaws, a Palestinian LGBT rights organization headquartered in east Jerusalem, from holding events in the West Bank.

Knesset Member Walid Taha (Ra’am) attacked Mara’ana in response to the announcement of the new youth shelter and vowed that he would not allow such a place to open.

“As an Arab woman in your party, Ibtisam, you would do better to deal with the burning issues facing Arab society,” Taha said. “People in Arab society, Ms. Ibtisam, keep their religion and values and do not agree that a man should wed another man, and a woman [be with] another woman.”

Keshet dismissed Taha’s statements and said that the legislator was disconnected from reality since the new shelters have nothing to do with gay marriage.

“At the end of the day, we’re talking about something that can save lives,” Keshet noted. “The purpose of these shelters is to take people off the streets and prevent them from falling into prostitution, poverty, or drug addiction.

“These are people that were thrown out of their homes and who experienced sexual, physical and verbal abuse from their families,” he continued. “The goal is to provide them with a warm place, a bed, food and basic human care.”