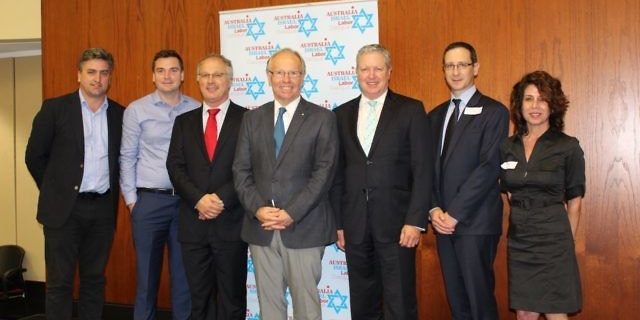 WESTERN Australia Labor will consider a motion condemning the wave of stabbing attacks against Israeli civilians and Palestinian Authority incitement next week.

And in a further sign that the extreme anti-Israel leanings of figures such as former foreign minister Bob Carr and Freemantle MP Melissa Parke are the exception rather than the norm, the inaugural Queensland chapter of the Australia-Israel Labor Dialogue (AILD) was launched last month.

The WA motion, which has been drafted by state executive delegate Luke Walladge, also rejects attempts to draw moral equivalence between Israeli victims and Palestinian attackers, and rejects Israeli occupation and settlements as being the root cause of the attacks.

“It’s important for the ALP to strongly repudiate those cranks and fringe elements within it who blame terrorism on the victims of terrorism and who preach nonsense about Israel and Palestine,” he told The AJN.

“I see this as a black and white issue, I see it in terms of right and wrong and I fail to see how we can support murder, as long as it’s perpetrated by one racial group on another racial group. As far as I’m concerned that’s simply immoral and we won’t be having it,” Walladge said.

He said the motion is intended to counter a Parke motion from two months ago “condemning Israel for its intransigence in the peace process and calling for the immediate recognition of a Palestinian state”.

The Walladge motion is due to be debated and voted on next Monday, December 14.

Meanwhile, at the AILD launch in Brisbane, AILD patron and former premier Peter Beattie said it was more important than ever – in light of the negative resolutions towards Israel passed at the Queensland Labor Party conference earlier this year – that Labor members were better informed about Israel.

“As premier of Queensland, I admired and looked for ideas, connections and collaborations with Queensland and Israel – the word’s cleverest, most technology innovative country,” he said, “which is why the Boycott, Divestment and Sanctions (BDS) campaign of the anti-Semites on the far left and far right is so ­disturbing”.

Present at the launch were trade union officials, MPs, Australasian Union of Jewish Students members and Queensland Jewish Board of Deputies (QJBD) representatives.

In other Labor news, federal Opposition Leader Bill Shorten has cancelled his trip to Israel this week “due to unforeseen circumstances”, a spokesperson said, adding that he hopes to reschedule the trip soon.