My first month with the Sabras – article by His Excellency Mohamed al Khama, Ambassador of the United Arab Emirates to Israel 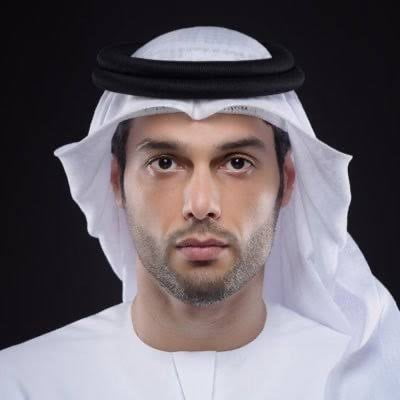 Opinion: In a Ynet exclusive, Mohamed al Khaja, the UAE’s first envoy to Israel, celebrates the stark similarities between the two nations, their budding bonhomie and sends a warm invitation to all Israelis to visit his homeland and enjoy locals’ hospitality.

The Abraham Accords changed the course of history and established, for the first time, peaceful relations between the United Arab Emirates and the State of Israel. The agreements ended an era of distance and disengagement and launched a new phase of openness, cooperation, and a common pursuit of peace and progress in our corner of the world. The ways in which all parties benefit from this achievement on the economic, political, and cultural levels are infinite.

As we began to build ties, we, the representatives of the UAE and Israel, discovered that we have a lot in common. When I arrived in Israel, I was surprised to find out how true this is on a personal level as well.

The public in Israel sometimes seems to the outside observer as tough, even sarcastic. A “Sabra”, as you say. When I got here, I immediately discovered the softer side of which you speak. Whether it is in a formal meeting or at a falafel stand, you, the citizens of Israel, can make anyone feel at home. The same can be said about the public in the UAE. Tens of thousands of Israelis who have already visited can testify to this.

On one of my first tours in Tel Aviv, I was surprised to see in one of the most central and prestigious locations in the city, right between the Carmel Market and the beautiful beach, an active mosque, hustling and bustling. The ability to live together — Jews, Muslims, Christians, and members of other religions — is an amazing quality of the citizens of Israel that not many know about. And what surprised me even more is how commonplace it is for residents. In the UAE, too, members of all religions live together in peace out of mutual respect, and more than 200 nationalities call the UAE their home.

Israel has another surprising feature that makes it very special: the merging of cultures. Jews came to Israel from all over the world — from Islamic countries, Europe, North and South America. Each community came with its own cultural heritage and absorbed from others so that a new and wonderful society and culture were created.
Israelis genuinely live together as one nation and one people. The UAE also embodies this fusion in its status as the gateway to the Middle East and a country that combines East and West, modern and traditional.

There is another common theme in both of our countries — how we successfully coped with the COVID-19 pandemic. Now that our two countries have led two of the world’s fastest and most comprehensive vaccination campaigns, I expect to see more and more encounters between our peoples. We look forward to the arrival of many Israelis to the United Arab Emirates, and we are sure that we will also see here in Israel plenty of Emirati tourists very soon.

Both peoples have much to gain from the new peace agreements on the economic, cultural, technological, tourism, and people-to-people fronts. Citizens of the UAE are also looking forward to visiting, meeting, and getting to know Israelis.

Our governments have paved the way for us, and now it is the turn of our peoples. Prejudice must not prevent Israeli citizens from realizing boundless opportunities here in the UAE. The citizens of the UAE will make you feel at home. I am sure the citizens of Israel will also welcome UAE citizens with open arms.

This article was first published on https://www.ynetnews.com/article/r15QYzWd00