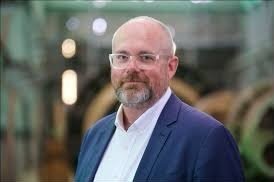 National elections are taking place in Israel today. Benjamin Netanyahu has announced that if he is re-elected as Prime Minister he’ll move to annex the Jordan Valley and other territory in the West Bank, in what the UN has called the first step to applying Israeli sovereignty over all settlements and other areas in the occupied West Bank. The Jordan Valley accounts for nearly 30 per cent of the territory in the West Bank, to say nothing of Israeli settlements in the wider West Bank, which Netanyahu has also promised to annex. In fact, earlier this month he said that he aspires to apply Israeli sovereignty on all of the West Bank settlements.

Palestinian communities in the West Bank have been living their lives under occupation for more than 50 years. This means restrictions to their freedom of movement; their access to basic necessities like water, electricity and education; and their ability to improve their economic situation by building infrastructure or trading with other countries. Further annexations represent a continued violation of Palestinian rights and international law and, if it goes ahead, will spell the end of any meaningful peace process or realistic chance of achieving a lasting two-state solution, the internationally agreed parameter and consensus for resolving this age-old conflict.

The Secretary-General is concerned by Israeli Prime Minister Netanyahu’s statement declaring his intention, if elected, to annex the Jordan Valley and northern Dead Sea as a first step to applying Israeli sovereignty over all settlements and other areas in the occupied West Bank.

Such steps, if implemented, would constitute a serious violation of international law. They would be devastating to the potential of reviving negotiations and regional peace, while severely undermining the viability of the two-State solution.

He went on to say:

The United Nations remains committed to supporting Palestinians and Israelis to resolve the conflict on the basis of relevant United Nations resolutions, the Madrid terms of reference, including the principle of land for peace, the Arab Peace Initiative and the Quartet Road Map, as well as in compliance with prior agreements between the Government of Israel and the Palestine Liberation Organization, and realizing the vision of two States — Israel and an independent, democratic, contiguous and viable Palestinian State — living side by side in peace and security within recognized borders, on the basis of the pre-1967 borders.

Italy, Germany, France, Spain and the United Kingdom have released a joint statement that says that they:

… call on all parties to refrain from actions in contravention of international law that would imperil the viability of a two-state solution, based on the 1967 lines, and make it harder to achieve a just and lasting peace.

There is international consensus in relation to these matters. Australia has a responsibility to call out violations of human rights and international law when we see them happening. I hope the international community calls on Israel to refrain from these annexations if we want to have any hope of a two-state solution that delivers justice and peace for the Palestinian people and a lasting peace that enhances the security of Israel and the region.

Speech by Chris Minns MLA, Leader of the Opposition and leader of the Australian Labor Party in New South Wales at the Israel Independence Day event, Sydney, 10 May 2022
Latest News
Go to Top