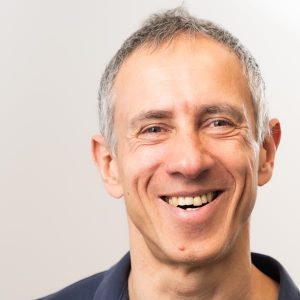 A crude hatchet job on the Australian Labor Party is not in the best interests of Australian Jewry: A response to the ultra-conservative Australian Jewish Association by Philip Mendes

Every now and then, strange hatchet jobs appear in the political sphere. Most of them disappear without trace, either because the allegations are completely unfounded, or the sources totally discredited. But sometimes they can be dangerous, and threaten significant damage to inter-communal relations. One potential example of the latter is the inflammatory and irresponsible attack launched by the ultra-conservative Australian Jewish Association (AJA) on the Australian Labor Party last week smack bang in the middle of an incredibly close and heated federal election campaign which is clearly intended to discourage Jewish Australians from voting Labor: https://blogs.timesofisrael.com/labor-pains-for-australias-jews/

The AJA are disingenuous about who they are and what views they represent. Their title makes them sound mainstream and innocuous as if their principal activity is to coordinate communal social or philanthropic activities. What they don’t admit is that they are an ideologically-driven fringe group which sits on the margins of the organized Jewish community: https://plus61j.net.au/plus61j-originals/the-growing-support-for-australias-far-right-jewish-movement/

For example, the AJA are not an affiliate of either of the two key state Jewish peak bodies, the Jewish Community Council of Victoria: https://www.jccv.org.au/index-4.html or the NSW Jewish Board of Deputies: https://www.nswjbd.org/constituent-organisations/, which legitimately claim to represent all shades of Jewish political, religious and cultural opinion from the religious Right to the secular Left.

One of the reasons the AJA is alienated from the Jewish mainstream is that it does not support the widely accepted two-state solution to the Israeli-Palestinian conflict – involving both the right of the Jewish State of Israel to exist in peace and security within its internationally recognized borders, and the right of the Palestinian Arabs to establish an independent state in the West Bank and Gaza Strip alongside Israel. This two states for two peoples solution is endorsed in principle by all the Australian Jewish leadership organisations and indeed the great majority of the international community. In contrast, the AJA favour a Greater Israel incorporating all the territories that would be required for a viable Palestinian state which they identify to the contrary as belonging to what they call the ‘traditional biblical Jewish homeland’: https://jewishassociation.org.au/about-aja/. They do not recognize that the Palestinians have any national rights whatsoever. Instead, they stereotypically imply that most Palestinians (or at least their leaders) are aligned with terrorist activities, and do not deserve statehood: https://www.spectator.com.au/2021/04/labor-embraces-palestinian-terror/

On broader political issues, the AJA representatives sit well to the right of the Australian political spectrum. Some seem to be supporters of the governing centre-right Liberal-National Party Coalition, and some seem to favour parties way out on the marginal Right. Indeed, when the AJA hosted a forum on the NSW State election in March 2022, they chose to invite representatives of small right-wing splinter parties such as Pauline Hanson’s One Nation and the Australian Conservatives: https://jewishassociation.org.au/news/nsw-election-small-parties-forum/. It is unlikely that any AJA spokespersons support or have an association with the centre-Left Labor Party, and yet they display an incredible chutzpah in demanding that the Labor Party listen to their slanted views from the other (extreme) side of the spectrum.

The AJA completely misrepresents the views of the Australian Labor Party on Zionism and Israel. This is not surprising given that the Labor Party (as does the Coalition) favours a two-state solution to the Israeli-Palestinian conflict: https://alp.org.au/media/2594/2021-alp-national-platform-final-endorsed-platform.pdf/ (See page 117).

I have been actively monitoring the views of social democratic parties worldwide towards Israel for a number of decades: https://link.springer.com/book/10.1057/9781137008305

and observe that the Labor Party’s official position on Israel is far more sympathetic than most commensurate moderate progressive parties in Global North countries. Many of those parties have been partly or fully captured by the extreme BDS movement which frames all Israeli Jews as an oppressor people who do not deserve national rights. In contrast, to the best of my knowledge, only one federal ALP MP has ever voiced overt support for the BDS movement, and that person (Melissa Parke) is no longer in Parliament.

To be sure, the ALP is a broad church, and probably contains at least three groups of opinion. One would be a passionate pro-Israel perspective as voiced by former Labor Federal MP Michael Danby. A second would be a passionate pro-Palestinian perspective as advocated by former Labor Foreign Minister Bob Carr. A third perspective would be relatively nuanced and favour a balanced compromise between Israeli and the Palestinian narratives. I believe the majority of Labor Party parliamentary representatives would fall into the 3rd category, whilst acknowledging that some would have little interest in or engagement with Middle East politics.

Any effective Jewish community leadership or advocacy group would be aware of these variants of opinion, and focused on discouraging members of Group Three from shifting into the pro-Palestinian Group Two. But the AJA’s disingenuous language falsely implies that most Labor leaders and parliamentarians sit in the pro-Palestinian group. This is plainly wrong, and is evident by simply examining the names in federal Labor’s leadership team: https://www.aph.gov.au/About_Parliament/Parliamentary_Departments/Parliamentary_Library/Parliamentary_Handbook/Shadow. These are the group who determine Labor’s official policy viewpoint, rather than the relatively obscure backbenchers and blasts from the distant past highlighted by the AJA.

Many of the 23 Shadow Ministers listed there are known to be strong supporters of Israel – for example, Bill Shorten, Senator Penny Wong (who holds the key portfolio of Foreign Affairs), and Mark Dreyfus for starters. The Labor Party leader Anthony Albanese spoke out firmly against the Marrickville Council BDS proposal in January 2011, urging ‘sensible solutions and understanding’ to promote Israeli-Palestinian peace, ‘not counter-productive self-indulgence’ (See p.100 in Mendes and Dyrenfurth: https://www.newsouthbooks.com.au/books/why-boycotting-israel-wrong/). In a parliamentary speech on 25 March 2015, he attacked the cultural intolerance involved in an attempted exclusion of a pro-Israel Jewish student group from an Arts Theatre in Marrickville, adding: ‘I believe there needs to a Palestinian state, but I also believe that Israel has a right to exist in peace and security. A two-state solution is the way forward’: https://parlinfo.aph.gov.au/parlInfo/genpdf/chamber/hansardr/f16c26f7-7d81-47f6-b117-32cd0df0510e/0239/hansard_frag.pdf;fileType=application%2Fpdf

The Shadow Minister for Women and Education, Tanya Plibersek, was once highly critical of Israeli policies, but has publicly revised her earlier views. In a speech to Parliament on 11 February 2014, she provided a poignant obituary to the late Israeli Prime Minister Ariel Sharon, remarking that ‘that his time in office saw a shift towards a two-state solution in the peace process, as well as a large removal of settlers from Gaza. This sparked a ruction in Israeli politics, with Sharon breaking from his traditional Likud bastion to form the centrist Kadima. This took courage, and the fact that it was Ariel Sharon who made such a courageous stand is worthy of praise’: https://parlinfo.aph.gov.au/parlInfo/genpdf/chamber/hansardr/55d46158-f865-4a9f-9015-36543a3b6b7b/0048/hansard_frag.pdf;fileType=application%2Fpdf.

Only one of the anti-Israel voices mentioned by AJA, Tony Burke, is a member of the current federal Labor leadership group. Oddly, the AJA also refer to former ALP figures such as Gareth Evans and Kevin Rudd, but do not mention the recent former Prime Minister Julia Gillard who was widely regarded as a highly pro-Israel figure whilst Prime Minister from 2010-13. Nor do they acknowledge other pro-Israel Labor leaders from the last few decades such as Kim Beazley and Simon Crean. The AJA lazily cherry pick some anti-Israel ALP figures, and ignore the many who don’t fit into that category.

The AJA claim to be concerned with advancing what they call ‘bipartisan support for Israel’, but what they really seek to advance is their extreme position in favour of a Greater Israel based on formal annexation of the West Bank and the denial of any national rights for Palestinians. That extreme position is not the view of the mainstream Jewish community, and should not be adopted by the Labor Party or any other Australian political party.

Jews in the forthcoming Australian election should conduct their own evidence-based analysis of the perspectives of all parties across the spectrum on multiple matters of Jewish concern, and not be misled by the skewed opinions of the ultra-conservative AJA.