Speech by Chris Minns MLA, Leader of the Opposition and leader of the Australian Labor Party in New South Wales at the Israel Independence Day event, Sydney, 10 May 2022 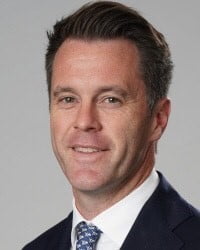 It’s a pleasure and a privilege to be here with you – as we together celebrate the 74th anniversary of the State of Israel.

I acknowledge the Gadigal people as the traditional owners of this land, paying my respect to elders past and present.

Ambassador of the State of Israel to Australia,

And of course Darren Bark, CEO NSW Jewish Board of Deputies.

In August 1948, one week after the Jewish people won their first battle as a nation since the Maccabeus beat the Syrians 2109 earlier, a group of international journalists flew to Tel Aviv to Interview David Ben Gurion.

Shocked by the fledgling nation’s victory over the combined Arab forces, a journalist asked Israel’s first Prime Minister how they had won.

Ben Gurion put down the victory to the character of the Jewish people. “Suffering makes a people great, and we have suffered much,” he said. The Jewish people had indeed suffered.

The survivors of the six million who died in the holocaust were thrown into a tottering nation State surrounded by hostile neighbours and recognised by only 16 other countries in the entire world.

It is with great pride that I acknowledge Australia was one of the 37 nations that formally voted in favour of Israel joining the United Nations in May 1949.

A vote which the United Kingdom abstained from.

To change the UK’s policy, renounce its neutrality and acknowledge the State of Israel and its admittance to the UN General Assembly.

This secret cable was released years after its drafting. At the bottom of the cable, Chifley noted he was sending a copy of the message to New Zealand and Canada – presumably so the British wouldn’t be tempted to claim it was lost in despatch.

I’m lucky to have travelled to Israel in 2001, visiting political, historical and religious sites. I did this with a small group of young, would-be political leaders.

It would be a great breach of protocol to divulge all of the members of the delegation.

But I can say our small group included a young political operative from Coogee named Scott – and a union leader from Victoria named Bill.

I still have the photos of a group of half-naked politicians’ caked head to toe in black mud, en route to the Dead Sea.

I’m forbidden from releasing the pictures… due to delegation protocol, and the fact I’m also in the photos.

Israel is indeed blessed with beautiful people, an ancient culture, and the energy and vibrancy you get when East meets West.

What Israel is not blessed with is natural resources – or much cultivable land.

It prompted Golda Meir to once say “Let me tell you the one thing I have against Moses – he took us 40 years into the desert to the one place in the Middle East that has no oil.”

It was that curse – that ironically built this modern wonder of the desert.

New forms of commerce and industry have been invented in this small state – because they had to be.

Israel’s high-tech sector is the envy of the world – pulling in international investment, encouraging more than 7,000 start-ups and fuelling a growing, dynamic economy.

The resurrection of the ancient Hebrew language is also a wonder of the world.

Early migrants to Israel in the years immediately after 1948 were said to be shocked to see parents telling their children to tuck their shirts in, or quit playing and come in for dinner, in the same language as the prophets.

Friends – unlike at its founding – Israel is not alone in the world. But that does not mean it needs no help from her friends.

Bipartisan rejection of the boycott, divestment and sanction movement will continue under my leadership of the NSW Labor Party.

And the BDS movement has been vocally and consistently rejected by the Federal Leader of the Labor Party, Anthony Albanese.

There is also bipartisan support for the IHRA Working Definition of Antisemitism by both federal and state governments.

We also pray for peace – that the sons and daughters of the Abrahamic religions can live together in harmony.

Some days, we may believe it will take a miracle to achieve this. But as David Ben Gurion said “In Israel – anyone who does not believe in miracles – is not a realist.”

Happy Birthday 74th birthday to Israel and her friends, supporters and people of the Jewish faith all over the world.