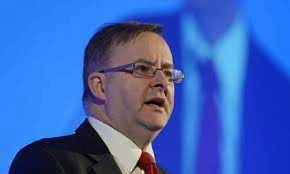 A member of Parliament since 1996, Albanese describes himself as a strong advocate of justice for the Palestinians, but he also played a major role in denouncing Marrickville Council’s failed attempt to adopt the global Boycott, Divestment and Sanctions (BDS) campaign against Israel as policy in 2011, which he described to The AJN as a “divisive and counterproductive policy”.
“I am a strong supporter of a negotiated two-state solution that allows for peace and security for both Israel and a Palestinian state,” he added. “Any lasting resolution to the Middle East conflict cannot be at the expense of either Palestinians or Israelis.”
“If simplistic slogans were enough to resolve this issue, it would have become a historical footnote of the last century.”