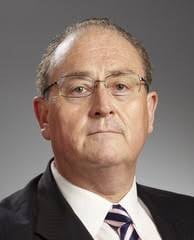 … I remind members that the Australian Labor Party [ALP] has supported the modern State of Israel since its creation as a nation more than 73 years ago. It is well known that I support a two-State solution for Israel and the Palestinians and oppose vehemently the Boycott, Divestment, Sanctions [BDS] movement.

I first spoke against the BDS movement in the Parliament on 15 September 2011 when it reared its ugly head with the ludicrous targeting of the Max Brenner chocolate cafe in Marrickville. BDS masquerades as a social justice movement but does nothing to advance peace. It is vile, discriminatory, anti-Semitic and incites hatred and violence. It has no place in mainstream political debate. Importantly, it fails to acknowledge that Israel is the only democracy in the region and is straight out of the discredited Jeremy Corbyn playbook. Unfortunately, some elements in the various branches of my political party circulate BDS motions. As a senior member of NSW Labor, I feel that members have a responsibility to nip this lunacy in the bud and speak out publicly against it. Those who support BDS are united by one goal: to destroy Israel. I pledge to fight the movement and resist anyone who promotes it in New South Wales and Australia more widely. I thank the House for its consideration.