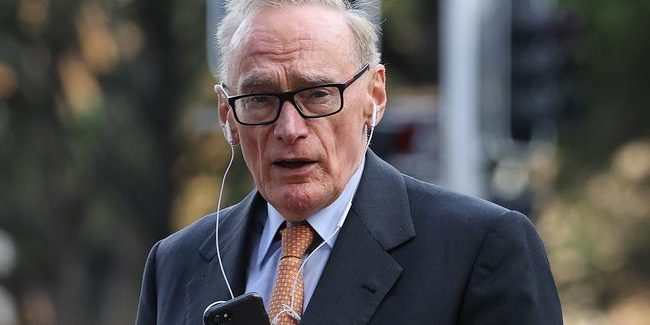 Mr Carr, an influential supporter of Palestine in the NSW Right, said there was nothing wrong with Labor being critical of Israel “for its settlement expansion, its evacuation of Palestinians, (and) its nation-state law which creates two categories of citizenship”.

His comments come after Jewish groups and opposition foreign affairs spokeswoman Penny Wong condemned a resolution backed at Queensland Labor’s state conference that accused ¬Israel of “ethnic cleansing” and being solely responsible for the recent conflict in Gaza.

ALP member Adam Slonim, co-convener of the Australia Israel Labor Dialogue, said the resolution passed by the Left faction-dominated branch at the weekend “demonises Israel and creates a double standard that no one else is held to”. He said anti-Semitism within Labor was on the rise.

However, Mr Carr said there was “not a hint of anti-Semitism in the Australian Labor Party”.

“This is an attempt to close down criticism of Israel by kicking up a debate that took place in British Labor,” he said. “There has been a long term shift against Israel in Labor circles as there has been in the US Democrats, because of settlement expansion and the chauvinism of its politics.”

The Queensland Labor resolution passed by a majority of delegates “condemns” Israel for several disputed accusations, including the “ongoing Israeli annexation by stealth of Palestinian land” and the “ethnic cleansing of Palestinians through the expansion of illegal settlements”.

The resolution also “recog¬nises” the “routine oppression and dehumanisation of Palestinian people, denying their dignity and rights to self-determination (and) condemning them to live under perpetual Israeli occupation”.

The Queensland Labor branch is dominated by the Left faction, prompting one Labor Right MP to say: “What is the point of Albo if he can’t control his own faction?”

Federal Labor in March for the first time recognised the state of Palestine in its national platform, despite strong opposition from some members of the party’s Right faction.

In a joint statement, Liberal MPs Tim Wilson, Katie Allen, Dave Sharma and James Paterson demanded Anthony Albanese condemn and overturn the resolution. “We know Anthony Albanese has ‘palled’ around with Jeremy Corbyn in the past and is borrowing his campaign strategy and slogans, but it is deeply disturbing that the Labor Party is adopting his anti-Israel agenda too,” Senator Paterson said.

“Albanese has no choice but to call his left-wing factional allies who run Queensland Labor and demand the resolution to be overturned.”

“It seeks to delegitimise and demonise Israel and holds Israel to double standards. It makes no mention of the obstacles to peace on the Palestinian side.”