Fifth time’s a charm? The Times of Israel’s guide to the 39 parties vying for the vote, again – The Labor Party, 26 October 2022 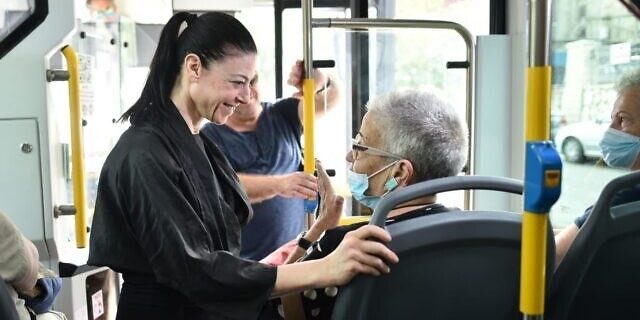 What the party is pitching:  Nearly two years after rehabilitating the erstwhile ruling party, whose support dwindled drastically of late, into a government partner, Labor leader Transportation Minister Merav Michaeli has promised to be a home for Israelis interested in “equality, social justice, and peace.”

In addition to working toward a two-state solution, which the party says requires strengthening both the IDF and the Palestinian Authority, center-left Labor’s updated manifesto (in Hebrew) includes a year of paid maternity leave for either the mother or the father, raising the minimum wage, and broad legal reform on the way authorities tackle sex offenses, child abuse, and sexual harassment.

Labor also pledges to institute civil marriage, to further public transportation on Shabbat, and to prevent exclusive importation rights in order to open up the market and reduce the cost of living.

Michaeli has maintained Labor’s basic approach with respect to the two-state solution, backing the establishment of a demilitarized Palestinian state alongside Israel.

Michaeli does not reject the notion of sitting in a government with centrist and right-wing parties such as National Unity and Yisrael Beytenu, but has ruled out joining Netanyahu. In 2020, she chose to stay out of Netanyahu’s “unity government,” disobeying former Labor leader Amir Peretz and remaining a one-woman opposition inside the party.

Key figures: Merav Michaeli is a former TV anchor, columnist, and feminist activist who became known for sharp critiques of chauvinism and domestic abuse. She again won Labor’s leadership primary earlier this summer, becoming the first leader in the party’s history to be elected to two terms.

Others are Naama Lazimi, a social activist and former Haifa city council member who has fought to raise minimum wage in the Knesset, and Gilad Kariv, a Reform rabbi and social activist who led the Knesset’s powerful Constitutional, Law and Justice Committee.

Polling: Perhaps the most secure party among the ones that are flirting with the electoral threshold, Labor has been predicted to get between five and six seats in major polls in the past week, and consistently between four and six since the election was first called.