Israeli Labor Party campaign policy: An end to conflict management, a return to taking the initiative on foreign policy: the Labor Party presents its diplomatic platform in the spirit of the late Yitzhak Rabin, 23 October 2022 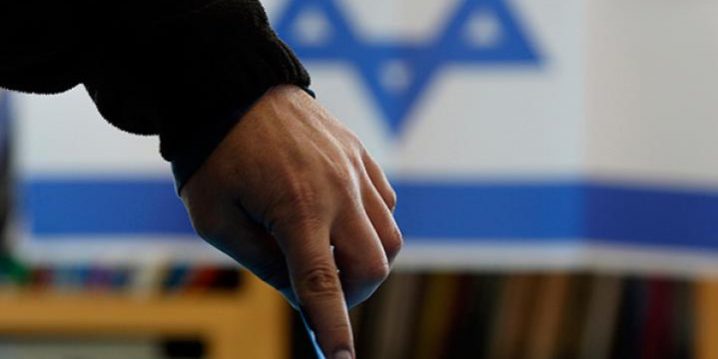 The Labor Party presented this evening, Sunday 23 October, its diplomatic plan to separate from the Palestinians and to strive for negotiations. At the center of the plan, which is consistent with the party’s historical path and with the direction taken by the late Yitzhak Rabin, the Labor Party will continue to work to secure the future of the State of Israel as a Jewish and democratic state by reinforcing of the IDF and preserving its status as the people’s army, while at the same time striving to separate from the Palestinians, to strengthen the Palestinian Authority and our ties with the countries of the region, to foster the strategic relationship with the United States and to strengthen the position of the State of Israel in the international community.

In the 25th Knesset and in the next government the Labor Party will work to achieve the following goals:

Leader of the Labor Party Minister Merav Michaeli MK: “Netanyahu said today that Ben Gvir will be a minister in his government. The same Ben Gvir that Netanyahu has nurtured since he prised the emblem off Yitzhak Rabin’s car and threatened ‘that’s how we’ll get to him, too’, and indeed they did. Ben Gvir and Netanyahu endanger the existence of the State of Israel in the most tangible sense, and any act such as that taken against Yitzhak Rabin is an act that opposes peace and opposes democracy, opposes Zionism and opposes the State of Israel. The Labor Party returns today, resolutely, to the path set out by Yitzhak Rabin. In 2002, the Arab Peace Initiative was presented to Israel. No prime minister, to this very day, has ever responded to it and the time has come for the State of Israel to move towards ending the Israeli-Palestinian conflict and reach out to the peace initiative which today is more relevant, more correct and more important than ever. Our future is there, and the Labor Party will take the State of Israel there. Let’s do it together, and win.”

Minister of Internal Security, Omer Barlev: “The Labor Party has raised high the political-security banner throughout its years of existence, and we have no intention of folding it up. Rather, we will take the initiative, make brave decisions and keep the State of Israel strong, safe and with a distinct Jewish majority. The well-being of the Palestinians is in our security interest. If they have something to lose, there will be peace here. Therefore, we need to allow an airport and a deep-water port to be established in the Gaza Strip, which will bring billions into Gaza for the well-being of the people there. If Hamas dares to challenge us and to employ violence, the IDF will hit it, as it did in the past”.

Chair of the foreign affairs sub-committee of the Knesset Foreign Affairs and Defense Committee, Deputy Speaker of the Knesset MK Emilie Moatti: “The State of Israel relies on a strong army in a complex security reality. In this conflict we are the stronger side, thank God, and as such we must turn over every stone and take advantage of every opportunity to change the reality for the better. The time has come to break the paradigm established here by those with a narrow political interest, according to which a political settlement is a favor we do to someone or is submitting to international pressure. A political settlement with the Palestinians is first and foremost in Israel’s interest – from a security, economic and moral point of view. It’s simply the right thing to do.”

Chair of the Knesset Constitution, Law and Justice Committee, MK Rabbi Gilad Kariv: “The State of Israel is racing towards a bloody bi-national reality. To change this destructive direction, we must define separation from the Palestinians as a strategic national goal and move towards its realization. The concept of ‘managing the conflict’ that some from center and right-wing parties offer will not get us out of the circle of bloodshed. The State of Israel must return to a position of initiative and renew political negotiations with the Palestinian Authority while continuing to fight terrorism with determination.”