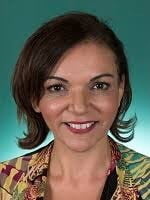 May I start by reiterating the disappointment that the Assistant Minister for Foreign Affairs expressed in having to speak to this MPI today. But I also stand to speak on this out of a sense of duty, if I may say so. The House has noted before, and I mentioned in my first speech, that I was born in Egypt—in 1967, on the cusp of the Six-Day War. It was just a few weeks before it, as a matter of fact. Throughout the Arab world, that war is known colloquially as an-Naksa, or the setback. After that war and through all the events since that war—and there have been many events in the Middle East—our position on this issue, which is at the heart of Middle East politics, has not changed. It wasn’t changed by Malcolm Fraser. It wasn’t changed by Bob Hawke. It wasn’t changed by John Howard. It wasn’t changed by Julia Gillard or Malcolm Turnbull. The assistant minister quoted the response of some of those former prime ministers as to why our position has not changed. I particularly want to point to former Prime Minister John Howard and a joint press conference with the PLO chairman Yasser Arafat, who many will know was much loved for his dedication to the Palestinian cause. In that joint press conference with Yasser Arafat, he very clearly said, ‘The status of Jerusalem is something that will be resolved by the parties in the discussion.’ That sentiment has been echoed by various prime ministers since and in the words of former foreign minister Julie Bishop: ‘Matters relating to Jerusalem are subject to final status negotiations between Israel and the Palestinian authority.’

I understand very well, perhaps more than most in this place, the sensitivities around this issue, the sensitivities among the Jewish Australian community, the Palestinian Australian community and Arab Australians more broadly. It hurts and is very disheartening to see that sensitive issues such as this are used to play political games. On this side, we have very clearly said that we do not and will not use sensitive issues to play political games. As a responsible international actor, we will not impose our views. We will, instead, encourage all parties to engage in negotiations towards a just and enduring two-state solution, as prime ministers and foreign ministers before us—since 1967, since I was born—have done.

Let me go through how it is that we have come to this situation. Through all the years that we have had a position on this that very clearly states that matters relating to Jerusalem are subject to final status negotiations there has been one exception, and that exception was from former Prime Minister Scott Morrison, who exploited the sensitivity on this issue for political purposes. On 15 October 2018, Scott Morrison dropped to the media that he was overturning decades of bipartisan policy on the Middle East, including with his intention to move Australia’s embassy from Tel Aviv, where it now is, to Jerusalem. He dropped this to the media on the same day he gave a heads-up to DFAT and only a day after telling his foreign minister. And all of this was five days before a by-election in the seat of Wentworth.

Australians are rightly cynical about our politics at times, and we are trying very hard to turn that around. But there is something particularly cynical, particularly distasteful, for the Australian people when their elected representatives seek to exploit such sensitive issues for their own gain. I think that’s all that needs to be said about this issue. I will stop there but just to reiterate: this is decades-long bipartisan policy.