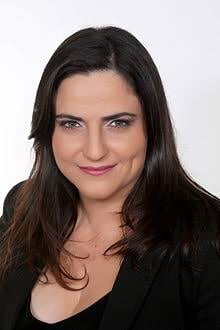 Last month I went on a mission to Australia to develop and deepen the ongoing dialogue between the Israeli Labor Party and its sister Social Democratic Party, the Australian Labor Party. I travelled for a week between Sydney, Canberra and Melbourne, and during the trip I met Labor and other lawmakers, party officials and trade unionists, with whom I held in-depth discussions about our shared values and common struggles. My visit to Australia concluded on a personal note, with a visit to the grave of my great-grandfather, Harry Kurzki, at the Rookwood Cemetery in Sydney.

The friendship between the two Labor parties is longstanding. Australian Labor expresses strong support for Israel and maintains close ties with it. However, as in other sister parties around the world, there are voices in the Australian Labor Party criticising Israeli policy and expressing support for unilateral recognition of a Palestinian state. I came, among other things, to present the position of the Israeli Labor Party, which views unilateral recognition as a serious mistake, and to argue for a negotiated two-state solution.

I can understand why many of our friends have come to the mistaken conclusion that unilateral recognition of a Palestinian state will help advance the faltering peace process in the Middle East. The failure of the previous rounds of negotiations, the prolonged political stalemate, and the ostentatious steps of the Netanyahu government – including declarations of continued construction in the settlements and the passing of legislation that expropriates private land from Palestinians (now under challenge in the Israeli Supreme Court) – are likely to bring despair to our progressive allies about the possibility of resolving the Israeli-Palestinian conflict.

However, unilateral recognition of a Palestinian state will not help promote the desired just solution of two independent nation-states, but will do the exact opposite. Unilateral recognition means that only one side, the Israeli side, is held to blame for the political stalemate, a view that is far from true. Since the Oslo Accords, almost 25 years ago, Israel has consistently expressed its willingness to accept territorial compromise and the division of the land. The Palestinian leadership repeatedly rejected Israel’s proposals – including Barak and Olmert’s unprecedentedly compromising ones – as a basis for negotiations. Israel has even proved its sincere intentions by withdrawing from the Gaza strip, at the price of evacuating thousands of settlers from their homes. The people of Gaza reacted by electing Hamas, an extremist Islamic terror organisation openly devoted to the destruction of Israel.

Even in practical terms, unilateral measures will not promote a lasting peace between Israel and the Palestinians. Even an apartment cannot be rented without two parties signing an agreement, each of its own free will. The argument that it is possible for one side only to resolve an international conflict such as that between Israel and the Palestinians is naive and unfounded at best, and dishonest at worst.

Anyone interested in achieving a just peace must urge both sides to reach an agreement, not just one side. Australian recognition of a Palestinian state would mean relinquishing the demand that the Palestinians stop the ongoing incitement against Israel, in which, for example, Palestinian schools are named after Shaheeds (suicide bombers who indiscriminately murder innocent civilians, including children).

This legitimisation of the current state of affairs would perpetuate the absurdity in which Australian aid money that is transferred to the Palestinians will continue unwittingly to finance payments that the Palestinian leadership transfers to families of Shaheeds in correlation to the number of people murdered by each Shaheed.

The solution to the Israeli-Palestinian conflict will be achieved only on the basis of two independent nation-states, each of which will have territorial contiguity within defensible borders. Earlier this month, the Israeli Labor Party elected a new and promising leader, Avi Gabbay. Gabbay has proven himself to be a successful and capable leader in both the private and public sector. After years of anticipation, at last, it seems we have a real alternative to Netanyahu.

We, members of the Israeli Labor Party, will never give up our vision of peace. But we need our friends in social democratic movements around the world not to give up either. We need our friends in the world, of whom the Australian people are among the best, to back us up and support our efforts to advance a political settlement based on mutual willingness to compromise, and not to make it difficult for us to invalidate Netanyahu’s false claim that the entire world is against us.

Rather than demonise one side in the conflict and turn a blind eye to the obvious faults on the other, fair-minded people all over the word should be supporting and encouraging those on both sides who are working for a just and lasting peace.

Michal Biran is a Member of the Knesset, Israel’s parliament, for the Israeli Labor Party (now called Zionist Union).