Why there is no credible alternative to IHRA definition of antisemitism

You are here:
Anti-SemitismLatest News 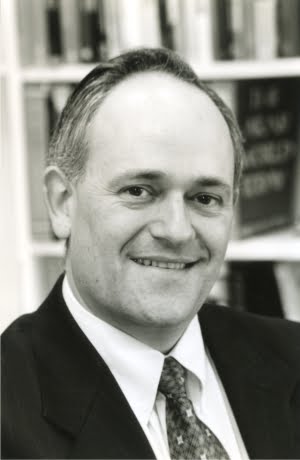 Proponents of boycotts, divestment and sanctions (BDS) against Israel typically react with indignation when their views are denounced as antisemitic. They tell us it’s not racist to criticise the policies of any government, or to speak up for human rights; that some Jews (albeit a tiny minority) support BDS, so BDS can’t be antisemitic; that it cannot be racist to state a fact, and it’s a fact, so they tell us, that Israel is an apartheid State.

BDS supporters are not only wrong about the facts, the law and history. Underpinning their thinking is a false dichotomy: their belief that criticisms of Israel and antisemitism are mutually exclusive. Yet whether they acknowledge it or not, the internationally recognised Working Definition of Antisemitism adopted by the International Holocaust Remembrance Alliance (IHRA), emphatically affirms that they are not mutually exclusive.

Made up of 33 democratic countries, including Australia, the IHRA in 2019 received support for its definition of antisemitism from Ahmed Shaheed, UN Special Rapporteur on Freedom of Religion or Belief, who encouraged countries “to adopt it for use in education, awareness-raising and for monitoring and responding to manifestations of antisemitism.” The IHRA definition says that when criticism of Israel:

then the line has been crossed. It’s antisemitism.

So, when law-abiding Australian Jews who support Israel are accused of being more loyal to Israel than Australia, it’s antisemitism. When classical stereotypes are deployed about Jews as a people having inordinate control over the media, economy, government or other societal institutions as a means of supporting Israel, it’s antisemitism.

According to the authoritative Gen 17 study, 88 per cent of Australian Jews feel a sense of responsibility to ensure that the State of Israel continues to exist in peace and security. When BDS supporters denigrate us as “the Jewish lobby,” “the Zionist lobby” or “the pro-Israel lobby,” a sinister influence rather than Australians legitimately exercising the right of all citizens to promote our views, that’s antisemitism.

According to the IHRA definition, claiming that the existence of a State of Israel is a racist endeavour — for example, by smearing Israel as an “apartheid State” — is a way of denying the legitimacy of a Jewish State and thus denying Jewish people their right to national self-determination. Israel’s detractors wouldn’t deny that right to any other people, least of all the Palestinians. It’s a double standard, and therefore antisemitism.

Contrary to the dogma of BDS supporters, the apartheid smear is not a “fact” at all. It’s a political and legal opinion, rejected by most eminent international lawyers, including many who are generally critical of Israel. All of Israel’s citizens, Jews, Arabs and others, have equal voting, civil and religious rights. The BDS-ers’ skewed concept of apartheid could be applied to almost every country in the world, including Australia. Yet they only seek to boycott Israel. Another double standard. Another example of antisemitism.

During the Gaza war in 2014, the Jewish community, and many other Australians, were shocked by a cartoon which appeared in a daily newspaper. It portrayed a classical negative stereotype of a Jew, with a prominent hooked nose, wearing a Jewish religious head-covering and, in case readers missed those two give-aways, a conspicuous Jewish Star of David placed on the back of the armchair in which he was seated. The figure was shown operating a remote detonator to blow up civilians in Gaza, with no more thought than a person operating the remote control of a television set. Antisemitism? Of course it was.

Little wonder that habitual polemicists against Israel either rarely mention the IHRA definition, or try to dismiss it. That was the tack initially taken by UK Labour leader Jeremy Corbyn until the political stench surrounding his promotion of anti-Israel forms of antisemitism within his own party became too much. UK Labour finally accepted the IHRA definition in its entirety.

Many critics of Israel in Australia have yet to undergo a similar evolution. They are still under the illusion that their subjective opinions about Israel and antisemitism are incontrovertible scientific truths.

The choice is clear: the internationally accepted Working Definition of Antisemitism of the IHRA; or a self-serving false dichotomy advocated by proponents of BDS. The way antisemitism is understood by the vast majority of Jewish people — the people who are the targets of antisemitism and are the best qualified by history and experience to recognise it when they see it — aligns with the IHRA definition. That is why the rationalisations of BDS supporters fail to persuade most Australian Jews. To paraphrase former Prime Minister Julia Gillard, we will not be lectured to about antisemitism by those people.

Peter Wertheim AM is co-CEO of the Executive Council of Australian Jewry.