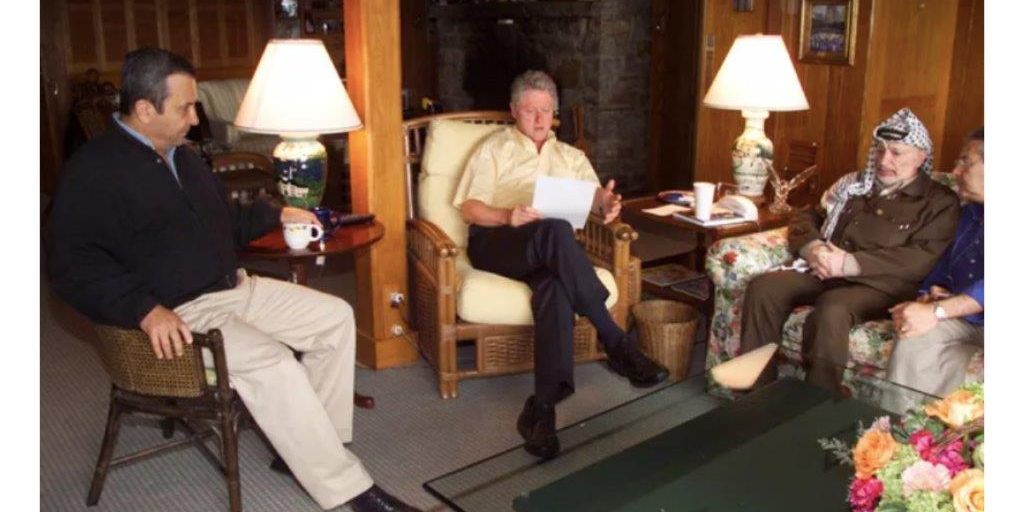 The root of the failure, writes former foreign minister Shlomo Ben-Ami,  was that Israel tried to resolve 1967 but the Palestinians wanted to reverse 1948.

Those of us in the Jewish Left who had long supported a two-state solution to the Israeli-Palestinian conflict – that is two states for two peoples –were stunned by the outbreak of the Second Palestinian Intifada in September 2000 and the associated collapse of the Oslo Peace Accords.

Indeed, understanding and interpreting the real causes and likely implications of that political tragedy divided and polarised many Jewish Left groups round the globe. I felt at that time that the evidence of what was actually happening on the ground in the Middle East compelled a more critical analysis of Palestinian actions and beliefs than had previously been the case.

On reading Shlomo Ben-Ami’s book, I believe that my political judgments at that time were correct. Not that this gives me any smug sense of personal vindication. To the contrary, I would far prefer to be reflecting today on the 20th or 21st anniversary of an independent Palestinian state, rather than reviewing a book which pessimistically asserts that such a state is unlikely to ever be born.

Ben-Ami is in an ideal position to review the cataclysmic events of 2000-01. He was the Israeli foreign minister from August 2000-March 2001 and played a leading role in the key peace negotiations with the Palestinians during this period. Ben-Ami is also not a typical Israeli political figure hailing from a military or security background.

Born in Morocco in 1943 (his family emigrated to Israel when he was 12 years old), he was a former academic and diplomat who held dovish political views. If his reflections can be trusted, he consistently sought to encourage prime minister Ehud Barak and his government to be more understanding of the Palestinian narrative, and consequently more accommodating and flexible in their negotiating strategies.

Despite this strong personal desire for achieving a sustainable peace, Ben-Ami is crystal clear that the Palestinians were neither able nor willing to seal the deal.

Despite this strong personal desire for achieving a sustainable peace, Ben-Ami is crystal clear in his book that the Palestinians were neither able nor willing to seal the deal. He argues that the Palestinians were always hindered by a range of theological and nationalist assumptions which prevented them from closing what he calls “the optimal peace deal once it was offered”.

He emphasises that the final Israeli peace offer met all the expectations of the international community: control of 100% of Gaza and 97% of the West Bank, a capital in Arab East Jerusalem, sovereignty over the Temple Mount, and unlimited return of refugees not only to the Palestinian state but also to parts of Green Line (pre-’67 borders) Israel that would be swapped with Palestine in territorial exchanges, and major financial compensation for refugees not able to return.

He vigorously contests the Palestinian argument that this settlement would have only resulted in a “state of Bantustans”: ie unconnected enclaves akin to the self-governing homelands created by the former apartheid regime in South Africa that were viewed by the international community as lacking territorial contiguity or fulfilment of national self-determination.

Ben-Ami argues that Palestinian expectations “went far beyond what any conceivable Israeli government could ever meet”. They were negotiating with a dream team of the Israeli Left, including doves such as Yossi Sarid, Yossi Beilin, Amnon Lipkin-Shahak and Ben-Ami himself. But he notes that “if an agreement was not to be reached then, there would be no agreement at all”.

He adds that the security challenge for Israel of negotiating withdrawal from bordering territory was far different to that which faced colonial powers such as Britain or France when they withdrew from far away former colonies in Africa or North Africa.

But one comparative conflict he could perhaps have referred to here was the 1999 Indonesian withdrawal from East Timor. I wonder if there is some lesson from the role played by international intervention in resolving that conflict that could also be applied to Israel and the Palestinian territories.

Ben-Ami is particularly effective in documenting how Palestinian demands for a coerced “right of return” for 1948 refugees and large numbers of their family members (born post-1948) to Green Line Israel, rather than a Palestinian state, undermined peace prospects. That demand is based on the December 1948 United Nations General Assembly Resolution 194, which has been interpreted by some as supporting an unconditional return of the Palestinian refugees.

However, the resolution was clearly conditional, and formally linked to acceptance of the earlier UN partition resolution creating both Jewish and Arab states in Palestine, and a negotiated peace. The resolution stated that “the refugees wishing to return to their homes and live at peace with their neighbours should be permitted to do so at the earliest practicable date, and that compensation should be paid for the property of those choosing not to return”.

Ben-Ami provides overwhelming evidence of a Palestinian consensus in favour of a literal interpretation of the “right of return”, rather than a symbolic small-scale family reunion program that could be acceptable to Israel.

Regardless, Ben-Ami provides overwhelming evidence of a Palestinian consensus in favour of a literal interpretation of the “right of return”, rather than a symbolic small-scale family reunion program that could be acceptable to Israel.

For example, the current leader of the Palestinian Authority, Mahmoud Abbas, has also demanded that Israel recognise the right of return, clarifying that “substantial number of refugees should be able to return, and that return should be implemented systematically”.

Similarly, leading Palestinian negotiator and moderate Nabil Shaath (who addressed an Australian Jewish Democratic Society forum in 1989 that I organised) insisted that 10-20% of refugees (an estimated 400,000-800,000) be permitted to return to Israel. Another leading Palestinian moderate, the late Saeb Erakat, whom Ben-Ami terms a “true man of peace”, nevertheless urged Israel to accept an unrestricted implementation of the right of return and emphasised this involved the right of refugees “to choose where exactly in Israel they would want to live”.

Arafat himself argued that refugees should “return to their homes and villages”, not just to “historical Palestine”. Notably, an August 2021 poll reported that 68% of Palestinians surveyed demanded Israel recognise UN Resolution 194 and accept the return of “hundreds of thousands of refugees”, while another 20% rejected that solution as involving too much compromise.

Ben-Ami concludes that there is no possibility of common ground between the Palestinian and Israeli positions on refugees. He emphasises that “there is no historical precedent for a national movement struggling for a state of its own just in order to ingather its exiles in a neighbouring state”.

In other words, a “two states for two peoples resolution” to the conflict rules out further irredentist claims on the territory of either nation, including any return of refugees other than those agreed to by the sovereign nation.

At the same time, Ben-Ami is hardly uncritical of Israel actions and attitudes. He argues that Israel has never fully recognised the traumatic impact of the 1948 Naqba on the Palestinians, and too often employs military power as the sole method of protecting its security.

Ben-Ami no longer feels that a two-state solution is possible. Instead, he favours some form of Jordanian-Palestinian confederation.

He denounces the West Bank settlers as “zealots” and is scathing of the Israeli Right’s calls for the annexation of much of the West Bank, arguing that unless this included citizenship rights for the Palestinian population, it would inevitably provoke a “state of permanent civil war”.

He equally rejects the mantras of the international anti-Zionist Left concerning Israeli apartheid, noting that Arab Israelis are increasingly integrated within mainstream educational and professional opportunities and institutions. He equally dismisses the extremist Boycott, Divestment and Sanctions (BDS) movement, including its demands for an unconditional “right of return” of 1948 refugees and their millions of descendants to their former homes inside Green Line Israel, as irrelevant.

For various reasons, including the irreconcilable distance between core Israeli and Palestinian narratives, and also the adverse impact of the West Bank settlements on the potential for achieving the contiguous Palestinian territory necessary for a state, Ben-Ami no longer feels that a two-state solution is possible. Instead, he favours some form of Jordanian-Palestinian confederation, despite the fact that the Jordanian government has displayed zero interest in advancing such a solution.