You are here:
For the RecordLatest News 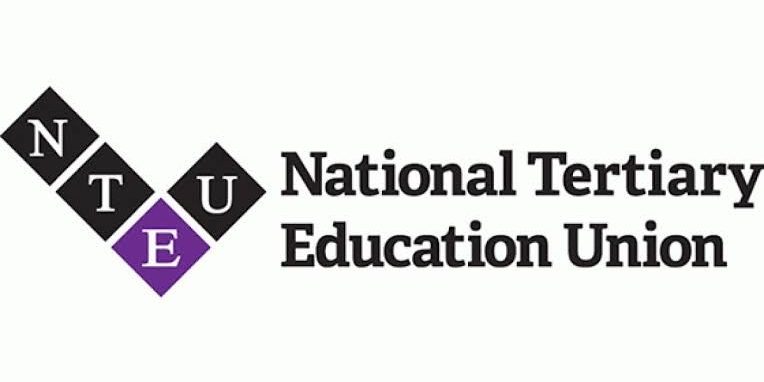 The NTEU recognises and builds upon the history of Aboriginal and Torres Strait Islander and Palestinian solidarity in their struggles against settler-colonial violence. This spirit of solidarity is a central pillar of trade unionism. As academic institutions have caused harm to Aboriginal and Torres Strait Islander peoples, so too do they cause harm to Palestinian people. The NTEU stands against settler-colonial violence and land theft in Australia, Palestine, and everywhere.

The NTEU recognises the urgency of international solidarity in ending the apartheid system and settler-colonial control to which Israel has subjected Palestinians for more than seven decades.

Israeli academic institutions are complicit in the violation of Palestinian rights through—but not limited to—financial ties and collaboration with the Israeli army and arms manufacturers.

On the other hand, Palestinian access to education, free expression, and academic participation is severely restricted by apartheid, colonialism, and ongoing violence against Palestinian students, academics, and institutions.

Moreover, Israel sets arbitrary restrictions on which disciplines may be taught and studied by international faculty and students and requires international applicants to undergo interrogation at an Israeli diplomatic mission in their country of origin. This is a bald-faced attack on academic freedom which the NTEU condemns unequivocally.

In order to counter these severe violations of human rights and deprivation of academic freedom, Palestinians have called for non-violent global solidarity action in the form of boycott, divestment, and sanctions upon the State of Israel, until it recognises the rights of Palestinian people to self-determination and fully complies with international law.

The NTEU is also concerned that academics, students, and university staff who engage in critical scholarship of Israel, or who express support for Palestinian justice, have been subject to censure, deplatforming, and disciplinary action.

The NTEU believes that adoption of the IHRA definition of antisemitism at Australian universities should be opposed, as it would chill free speech, restrict academic freedom, and restrict peaceful political expression. The NTEU agrees with concerns, articulated by more than 40 Jewish organisations and numerous academics in Australia and worldwide, that this definition is worded in a way that conflates legitimate criticism of Israel with antisemitism. The NTEU opposes antisemitism and all prejudice in the strongest terms and will consult with Jewish academics and community organisations to determine how to address and counter antisemitism at universities.

The NTEU stands in solidarity with the people of Palestine in their ongoing struggle against ethnic cleansing and apartheid. As trade unionists and people of conscience, we must bring our power to bear on the structures that enable this oppression.

Categories: For the Record, Latest News