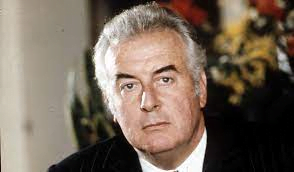 The requirements of international diplomacy do not always permit the full expression of a nation’s deeper feelings about international affairs. For example, the policy on the Middle East dispute of the Australian Government. My own and all those who preceded it in the last two decades has been officially expressed in these terms: – “Australia’s policy towards the Middle East dispute is one of neutrality and of sympathetic interest in a settlement. Australia has maintained friendly relations with both sides because we have no major role in the area and have avoided accordingly striking a partisan attitude.”

Now, while these have been the broad guidelines for successive governments and would be a fare enough expression of average Australian opinion, I cannot imagine that it would be regarded by Zionists or the Jewish community generally as the definitive view on the matter. And the fact is, of course, that while successive Australian Governments maintain neutrality on the dispute, they have not been neutral and are not neutral on basic elements of the dispute. We are not neutral on the question of the sovereignty of Israel. The sovereignty of Israel not negotiable.

The rights of Jews to go to the national homeland and to live there in freedom and peace are not to be denied. The right of Israel to defend her borders and preserve intact the great democracy which flourishes there is not a matter on which this or any Australian Government has ever been neutral.

We not only accept Israel’s moral rights in all these matters but accept our own moral responsibility as Europeans and as belligerents in the war against fascism and persecution to uphold those rights. And the Australian Labor Party, the party of Herbert Vere Evatt freely acknowledges its’ special responsibilities, and its intimate association with the government and people of Israel.

There are other matters on which we cannot be neutral. We cannot, for instance, be neutral towards the world-wide pattern of terror and reprisal that has developed from the Middle East dispute and from which citizens of Israel, innocent men, women, and children have been amongst the chief victims.

It is against the background of these attitudes that I wish to put Australia’s recent stand in the Security Council, a stand which has been misunderstood in some quarters. On 21 April Australia voted in-the Security Council with Britain, India, Indonesia, France, Austria, Yugoslavia, Sudan, Kenya, Panama and Peru condemning the raid by Israeli forces into Lebanon on 10 April. No member of the Council voted against the motion but the United States, the Soviet Union, China, and Guinea abstained.

Our actual vote tells only a very small part of the activities on this matter taken by the Australian Government and its representatives in New York. On 13 April three days after the raid, I sent the following guidelines to our representative on the security council:

First, that any Australian statement should deplore violence and terrorism by either side in the present situation.

Secondly that we should in our statements and activities seek to maintain the established policy of neutrality and evenhandedness.

Thirdly that we should use our efforts to achieve a resolution which would win unanimous support and that would operate to quieten rather than further inflame the situation; and finally, that if a resolution strongly unfair to either side should be submitted, the delegation should use its discretion to oppose it or to abstain.

Accordingly, our delegation worked for a resolution which, while censuring Israel for its intrusion on Lebanese sovereignty, took a balanced approach to the whole pattern of violence and reprisal in the Middle East. But none of the draft resolutions of their amendments introduced prior to the Anglo-French draft of 21 April, which was the one upon which the vote was taken, were acceptable to Australia.

So, it will be seen that there were two important principles expressed by our approach that national sovereignty must be upheld, and that terrorism must be opposed. In the long term, for that matter at any time Israel’s own interests as much as any other nation’s absolutely require that those principles are upheld.

In his statement to the Security Council on 17 April, our Ambassador, Sir Laurence Macintyre, emphasised the need to break the cycle of violence. He said, on behalf of Australia: –

” In Australia’s view the first and, we believe, the most positive and helpful step towards a just, secure and lasting peace in the Middle East might be to break the cycle of aggression and reprisal and thus to turn back the wave of murderous violence and terror that has spread outwards from the Middle East across the world. If we are right in this belief, there seems to be little point in considering the latest Israeli act in isolation from the last of the horrifying matrix of recent international violence and terrorism.”

“Whether the actions engaged by the Government of Israel are to be regarded as an act of aggression or retaliation, or precaution or self defence, it is only one of a succession of acts of violence in respect of which some of Israel’s neighbouring governments can scarcely escape charges of complicity or at least acquiescence.”

“It is part of a vicious circle and cannot be separated from its surrounding pattern of violence, if this Council is to generate a new momentum in its efforts to bring about a just, secure and lasting peace in the Middle East. If the United Nations fails to put an end to the further escalation and proliferation of international terrorism it is liable to have matters taken out of its hands.”

The Security Council had before it a draft-resolution from Lebanon calling upon all states to refrain from providing Israel with any assistance which would facilitate military attacks and threaten further Security Council action if such attacks were repeated. We considered that these one-sided terms were unacceptable and further modifications proposed by Britain still failed to make the draft sufficiently fair to Israel to attract our support.

Following Sir Laurence’s statement, a new Anglo-French draft was introduced on 19 April. We believed that the changes went some distance at least towards injecting a measure of balance into the resolution and our representative believed that although the next text was not entirely satisfactory, an affirmative vote was possible.

In explanation of our vote, Sir Laurence said: –

“In the view of my government a condemnatory judgement which would have treated the particular act, reprehensible as it was, in isolation from the rest of the pattern of provocative violence, terror and reprisal of which it is undoubtedly a part, and which is encroaching on the safety of life everywhere, would have amounted to a distortion by the Council of the realities of the situation in the Middle East and would scarcely be likely to help towards a settlement of its stubborn problems.”

The changes that have been made go some distance at least towards injecting a measure of balance into the resolution to a point where, even though we still do not regard it as entirely satisfactory, we have felt able to support it.

I think you can see from this pattern of events and the statements of our ambassador that the vote on 21 April can in no way be regarded as a basic change of attitude on my government’s part or a basic departure from that of previous Australian governments.

For example, we did abstain from voting on a resolution adopted 86-7 with 31 abstentions by the General Assembly on 8 December last as representing a further one-sided criticism of Israel in terms similar to those used in recent years.

We abstained in 1971 on a resolution in almost identical terms, on the occasion of the Security Council resolution we believe that consistent adherence to the two principles of national sovereignty and opposition to terrorism did require support for a resolution, in itself, in many ways, unsatisfactory.

I am not in the business of telling Israel what is for her own good, I know that such advice from me would be gratuitous and superfluous.  I can only speak about the most useful course, for Australia cannot take the same pessimistic view of the United Nations as I think Israel tends to do.

There is no more certain way to ensure the continued ineffectiveness of the United Nations than that the smaller nations of peace and freedom should despair absolutely of that, one world body of which they form a majority. The greatest victims of the breakdown through despair of the League of Nations were the Jewish people.

No nation would have more to lose than Israel by a breakdown of the United Nations.

We have affirmed, and we continue to believe, that the best prospect for an enduring peace in the Middle East will flow from an agreement freely arrived at between the parties. My government will work to secure support for negotiations towards such an agreement, both in the un and in all our diplomatic endeavours.