Leader of the Labor Party Minister Merav Michaeli’s speech after being re-elected as party leader, 18 July 2022 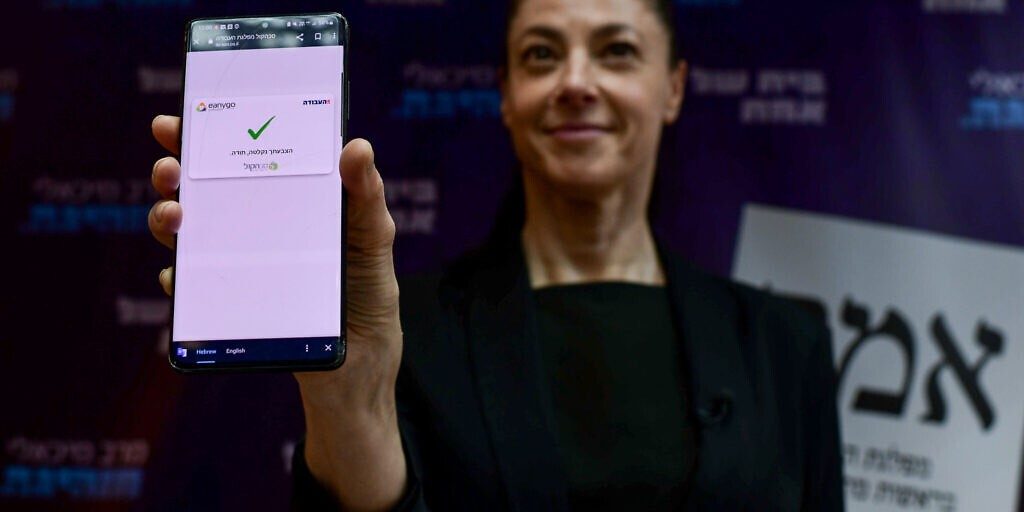 Leader of the Labor Party Minister Merav Michaeli spoke this evening, Monday 18 July, after the results of the party leadership election were announced.

First of all, many congratulations to Luna Salpeter who won a bronze medal at the World Marathon Championships. That’s a very, very long distance run.

Like Luna, tonight we proved that the Labor Party is here for a very, very long distance run.

To the wonderful Labor Party Members of the Knesset, heads of local authorities, branch secretaries, heads of the party’s democratic institutions, party executive, dedicated Labor Party staff, the men and women of my bureau, and of course dear members of the Labor Party.

The fact that this is the first time since we have had primaries in the Labor Party that the party is re-electing its leader, testifies to the profound and exciting change we have made.

The Labor Party chooses to continue to rebuild itself.

The Labor Party chooses stability, the same stability that characterized the Labor faction in the vitally important coalition that we were part of.

The tremendous trust I have received from you today is a continuation of the trust we have built between us over the past year.

After all, only a year and a half ago all this seemed impossible, but I insisted, fought and did not give up.

I did what seemed impossible then, and today the Labor Party chooses to continue this momentum with all its might.

Over the last year we rebuilt the party, established the change government and began to keep our promises to you.

The Labor Party today is a strong party, a united party. And yes, this vote was an expression of faith, faith in the way ahead, faith in the promises we’re just beginning to fulfill.

We did not want these elections, we did everything we could to prevent them, but now that they are here – the Labor Party is going to them with heads held high to come out of them bigger, stronger and to build an even better government than we had – and that is possible.

We know that it is possible.

For far too long, our camp has told itself that if only we vote strategically, not with the heart, then we will win. Well, it does not work. And not only does it not work, it leads to despair.

Because voting strategically and then being amazed time after time that we get right-wing governments with conservative policies is discouraging.

And for too long our camp has been discouraged.

But despair is discouraging. It drags us down and it stops us from seeing that we have the power in our hands.

If each and every one of us votes for the values we truly believe in, then we can achieve those values – equality, integrity, freedom of religion and freedom of religion, democracy, truth. If we vote for elected officials who tell the truth and do what they say, if each one of us follows our beliefs and not a strategy, we will have much more power.

And with more power we will have more influence.

And with more influence, you will get up in the morning and see how dream after dream becomes a reality. And how reality is changing to reflect exactly what you want to be here.

The man known as the prophet of the State of Israel, Binyamin Ze’ev Herzl, who really conceived the notion of State of Israel said: “If you will it, it is no dream.”

And so, I say to you here and now – if you will it, it is no dream, because Zionism itself is based on these words.

Optimism is a political position, and the Labor Party chooses optimism.

We know that it is possible, that it is in our hands. On August 9, there will be democratic elections for the Labor Party’s list for the Knesset, a list that will expand our faction of excellent people. It’s time to join now and be a part of who will make and choose this team. Join us, we are waiting for you.

And now, back to work.

Thank you very much”